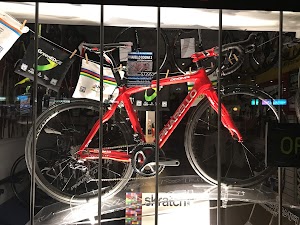 Guin Cleminson
08:36 08 May 21
Very helpful and replaced my bar tape on a Saturday afternoon close to closing time.

Val Bogdanov
09:39 07 May 21
Great bunch of people taking time to assist with all your enquirers and needs. Over the last 10 years or so, providing me with top service. Just purchased my third bike from PMC and received the same service as always. On top of all said, they managed to smash the lowest offer I had from another store. Would highly recommend.

Tony Truong
23:57 21 Feb 21
I took my bike in here to get it tuned properly, as I wasn't able to do it myself properly. I'm very glad that Simon was the one who approached me to offer his help, because through his patience and meticulousness, he was able to identify that my loose bottom brackets were also compounding to the issues that I was having with my gears.To be honest, this review would've been very different if I hadn't spoken to Simon, because when I took the bike back a few times because some problems were still present after the tuning, the 2 other guys who tried to help were quite dismissive of my concerns and I didn't feel like they cared, and one person seemed a little irritated at me.But Simon's excellent and impeccable service more than made up for that, and the fees were very reasonable, so I'm very happy to leave a positive review! I would definitely recommend this place to others who need help with their bike.

Warren Smith
03:23 01 Feb 21
Bought a high-spec System Six from PMC. The team is very solid there. Very responsive to issues and any questions - and ready to deal with on-the-spot stuff rather than booking in two weeks down the track - highly recommended business.

James KLT
21:20 02 Jan 21
Friendly staff and knowledgeable. Been going here for twenty years and always been a happy customer.

Mike Walters
23:08 19 Dec 20
Been in to the shop over recent years a few times and by and large received very good service. The sales staff know the product and are keen. Purchased some Kask helmets and the service from the owner has been excellent. Would return.

Andrew Packer
05:25 19 Dec 20
Very personalised service provided, treats everyone like a friend ans tries their best to give their clientz what they need. This is easily shown by the review section here as they've replied to so many reviews, good or bad! Nobody is perfect but at least they try their best which is more than what you get from most places! Very happy with them.

Anthony Colella
03:16 13 Dec 20
Recently asked the team at PM cycles a Cannondale specific tech query regarding an old stock Supersix Evo I recently purchased. The guys went above and beyond to respond despite the fact I did not buy the bike there.Really impressive service, will definitely return to PM cycles for my next purchase.

Anthony Swan
00:53 30 Nov 20
Outstanding service with friendly and honest staff. They are really working hard to build long term customer loyalty. Reasonable prices and they know what they are doing. First class.

Andy Garvey
11:37 16 Nov 20
Friendly. Efficient. Knowledgeable. Quick turn around and fill me with confidence whatever the issue. No hesitation, get yourself there. Got my first service and power metre installed way ahead of what I expected. Bike is gleaming and running smooth

Sukrut Kharia
04:42 15 Oct 20
Outstanding - range, price, service, knowledge, quality... everything. With current scarcity of bikes in Australia, I was looking for Pinarello Prince Disc. Luckily I found one with Port Melbourne Cycles. Liege was phenomenal to work with right from the beginning till the end. Extremely helpful and knowledgeable, he found the bike out, suggested best accessories, got the bike fitted and posted to me here in Sydney. With some issues possibly during transit, suggested that I go to a bike shop and get them rectified. PMC were kind enough to cover those costs as well. Haven't seen better service with so much customer focus in Australia so far. Liege is a legend. If you really need a bike, just call PMC and ask for Liege. You won't go wrong.

Peter Kay
00:11 16 Sep 20
Just called up regarding a bike which PM were actually sold out of. Even though they were out of stock, I received excellent advice and will definitely be a customer one day.

Jonathan Glick
10:42 04 Aug 20
Great to deal with when I was stuck overseas and needed to buy a trainer. Friendly staff and great service

andy T
06:05 18 Jul 20
Excellent service. Very knowledgeable, friendly, helpful. We bought our daughter's bike today and were very impressed with the range and especially the service.

Thomas Mercier
05:54 23 Jun 20
Nice bike shop and the team is very helpful! I recommend this place for your bike 👍🏻

Liam Green
01:52 08 May 20
Highly recommended bike store for all needs. Very quick to respond and willing to care of the customer.Great range of stock.Don't look any further.😁

Kate Cannon
03:57 21 Apr 20
Such friendly, informative, genuine people!! Thank you for doing a great service on my bike, and, in times like these, for offering honest feedback on urgent requirements Vs what can wait.

Mark Schultz
03:13 26 Mar 20
One star for service. I bought from them a carbon fibre frame at around AUD1300. I would have thought there'd be some kind of customer bonding through the purchase process. Nothing. No emotion. Just, "Swipe here. See ya." No follow ups. Too cold for my liking. In trying to support a bricks and mortar shop, it probably would have been better dealing with a bot on alibaba buying a fake. Love the bike though and the price was the best in Melbourne for what I was looking for, so can't complain too much I guess. Five stars for the product.

Hyunbae Jeon
08:42 15 Mar 20
Superb service. Their team are friendly and knowledgeable, and you can always count on them to address any concerns and answer any questions regarding your new bike. Highly recommended!

Hyunbae Jeon
21:47 14 Mar 20
Superb service. Their team are friendly and knowledgeable, and you can always count on them to address any concerns and answer any questions regarding your new bike for you. Highly recommended!

JAMES KHONG
23:41 13 Jan 20
Best place to buy a road bike very honest people, they also fixed my derailleur and i also get them to service and clean my bike.

Daniel Sortino
23:31 09 Jan 20
Big Thank You to the team @ PMC. It was such a great experience and the bike looks great. They took their time and answered any question I had and were really easy to deal with and provided honest advice, great follow up service as well would highly recommend PMC.

PHIL GALEA
08:44 09 Dec 19
Thank you to the team at PMC for building my new F10. It looks amazing. I cant wait to ride it!. The service, communication and effort by all concerned was impeccable.Also thank you for sorting out my santacruz MTB on short notice prior to my tassie trip. I will be highly recommending this business.

PHIL GALEA
08:44 09 Dec 19
Thank you to the team at PMC for building my new F10.It looks amazing.I cant wait to ride it!.The service, communication and effort by all concerned was impeccable.Also thank you for sorting out my santacruz MTB on short notice prior to my tassie trip.I will be highly recommending this business.

Laurence Mead
23:57 12 Oct 19
Fast and easy service. Helped me get the shoes I needed and then fitted the cleats, and went the extra mile of checking my Cippollini over before taking it out for the first ride this summer.

Dinesh Martyn
00:59 14 Jul 19
I've been to a lot of bike shops and this is the best. Their prices are reasonable already and they will also work with you on price, if their product has an issue they will fix it without the slightest drama, plus they are down to earth friendly guys you can have a chat with. I was recommended here by a cousin and I've recommended many other people to go here. First service free on a new bike, free bike fit and free unlimited ongoing bike fits for a year. Bloody good value, good service, good products (love my CAAD12), nice guys, five stars.
See all reviewsWrite a review

*some exclusions may apply.